As we head into the festive season, a new survey from event specialists AYRE Event Solutions reveals the top romance related Christmas party confessions among Brits.

Christmas party confessions that link to love and relationships that could find many Brits on the naughty list include:

The survey results indicate that kissing a coworker is among the top Christmas party confessions when it comes to love and relationships. A staggering 4,480,0002 UK workers confessed to the act, with men 27% more likely to kiss their colleague at the office Christmas do compared to women.

Having a one night stand with a coworker takes second place among romance related confessions, with over three million working Brits admitting to spending the night with their colleague after a festive party. Compared to women, men are 34% more likely to make this Christmas blunder.

With emotions running high around the Christmas period and feelings of loneliness increasing among all ages, 9% of Brits are guilty of drunk texting an ex-partner after their Christmas party. Over two million employed people are guilty of this Christmas confession, and women are 25% more likely to make this merry mistake.

Other romantic confessions include 8% of Brits asking their coworker for their number when they were in a relationship and 6% even telling their boss that they have feelings for them. 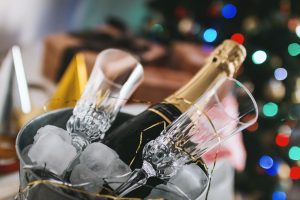 Daniel* aged 29 from Leeds shared his Christmas party confession with AYRE: “At my previous job, we used to have really big Christmas parties where all the departments would mingle and prosecco would be on tap! They were often quite messy affairs but one particular memory that stands out is our finance director approaching me and trying to make a pass at me in the bathroom. We’d always had friendly banter in the office but there were never any romantic feelings on my side. He also wasn’t openly gay and was actually married with children so it wasn’t something I saw coming!

“I obviously declined his offer but from then onwards it was super awkward whenever I bumped into him in the kitchen whilst making a cuppa and I was so embarrassed I actually never told any of my colleagues!”

Managing director of AYRE, Chris Ayre commented on the study: “Celebrating the festive season with your colleagues is important. It’s a chance to let your hair down and toast to all your hard work over the past 12 months.

“At work Christmas parties you often see a different side to your colleagues that they may not be able to share in the workplace. But it is important to still keep in mind that you’ll be heading back to the office on Monday morning and you don’t want to do anything too embarrassing!

“Over the years we’ve worked on many Christmas parties from creative industries to big corporate events and I can tell you we’ve seen a lot of funny stories unfold at all of them but we’ll keep these to ourselves!”

To find out more about the research, visit: https://www.ayre.events/brits-reveal-their-christmas-party-confessions/

IF YOU’RE LOOKING FOR AN AGENCY TO BUILD BRAND AWARENESS AND VISIBILITY THROUGH SEO-DRIVEN DIGITAL PR CAMPAIGNS, GET IN TOUCH WITH THE WILD PR TEAM TODAY.